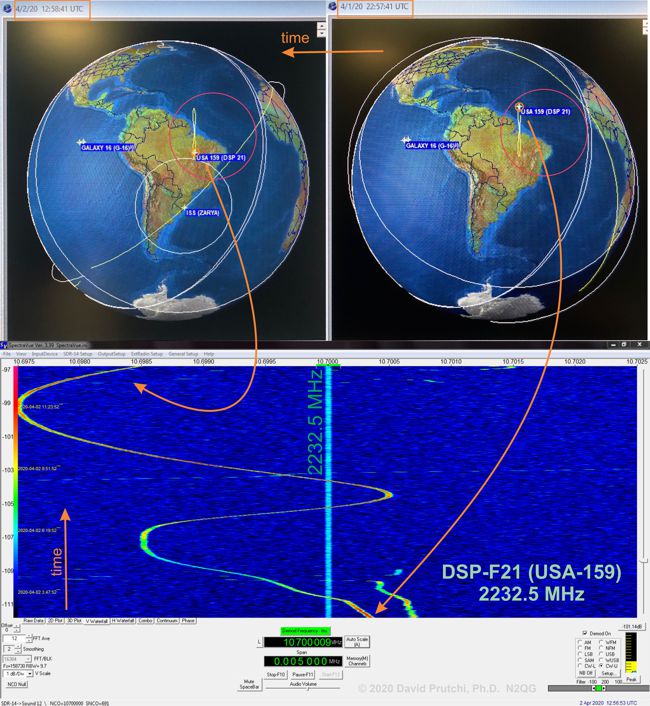 DSP-F21 is a satellite of the US Air Force’s Defense Support Program (DSP) which operates the Satellite Early Warning System.  The TLEs for this satellite (USA-159) are distributed by SpaceTrack.  The satellite was launched in 2001 and is still used for missile launch detection.  The satellite emits a constant carrier at 2237.5 MHz which sometimes becomes active with data during Early Warning and LEO SIGINT operations.

The position of the satellite is not being controlled in inclination, just longitude, so the satellite is somewhat at the mercy of gravitational forces (like Earth’s gravitational anomalies and the tug of the Moon)  that cause it to drift and describe a figure-of-eight path on the ground.  In addition, its carrier is not very stable.

I left my S-Band system tracking DSP-F21 overnight.  My AOR AR5000 receiver and RFspace SDR-14 IF receiver are GPS-locked, so Doppler and carrier drift are the only sources of apparent frequency change in the carrier shown in the graph above. 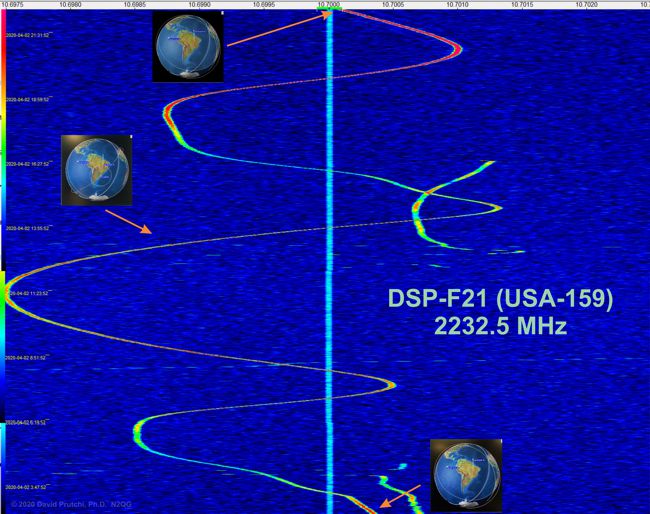 Click here for a high-resolution version of this image.